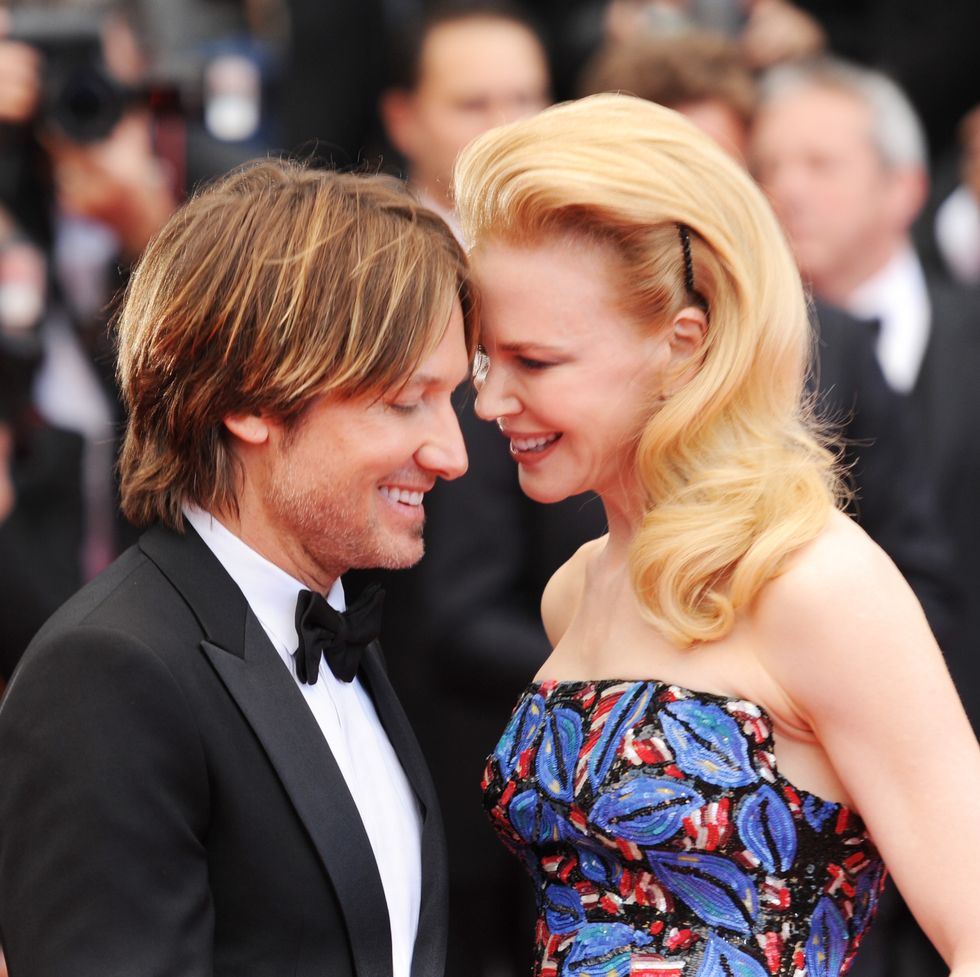 Nicole Kidman has shared how her husband, Keith Urban, handles some of the more steamy romantic scenes she has to film as an actor.

Since 2006, the Emmy and Oscar-winning actress has been married to the country singer. Her job has led her to many places during that period, including lovemaking moments that required her to explore sexual relationships with other actors on a completely professional basis. She explained on E! News’ “Daily Pop” how she and Urban maintain their real-life romance apart from her professional ones.

“My husband is an artist, so he understands all of it, and he also does not get involved,” she revealed on E! News’ Daily Pop.

She went on to say that Urban, 53, doesn’t read her scripts or even follow her day-to-day life on set, allowing him to have a fresh pair of eyes once Kidman’s films are edited and ready to go.

“He doesn’t know much about what I’m really doing,” she remarked of the Grammy-winning musician.

Kidman previously stated that Urban’s grasp of her field has aided her performance in recent years. In an interview with Glamour UK in November, Kidman stated that she is only able to go to the dark places her characters must go in projects like “The Undoing” and the upcoming “Nine Perfect Strangers” because she knows she has her husband and children at home to help her reground herself in reality.

“You’re having to constantly dig into the depth of your past, your desires, your future – everything. My lifelong work is emotions and keeping them there, ripe and raw,” she explained at the time. “Then being able to put them away and going to live your real life is the sort of the quandary. It’s like being a boxer. When you put a boxer in a ring you say, ‘OK, you’re allowed to knock that person out. Now, step out of the ring, go walk down the street and don’t hit anybody.’ That’s your discipline.”

“I have a very good relationship. It is a very soothing, comforting place for me to go, and he’s a very strong, warm, kind man,” she added of the country crooner. “I’m very fortunate to have that in my life, because it’s a really strong place to be able to go and curl up. And this is a lonely world, right?”

That also means he doesn’t know about her on-screen interactions with her co-stars, which have lately featured Hugh Grant in The Undoing and Alexander Skarsgrd in Big Little Lies, both HBO dramas.

“He’s got his own career that he’s completely absorbed in,” Nicole said.

Kidman and Urban met in Los Angeles in 2005, and she knew he was the one after six months. Urban cemented the deal on Kidman’s 38th birthday by showing up at 5 a.m. on her New York porch with gardenias.

That, along with a motorcycle ride to Woodstock, N.Y., persuaded her that Urban, 53, was the passion of her life. “Maybe that’s because I am deeply romantic, or I’m an actress, or I have strong faith as well, but I just believed, ‘Oh, okay, here he is,'” she explained. “It was pretty intense.”

The two married in June 2006 in Manly, Australia, a year after standing on Nicole’s porch with gardenias, flowers that signify compassion, joy, and hidden love. They presently reside in Nashville with their two children, Sunday, ten, and Faith, eight.