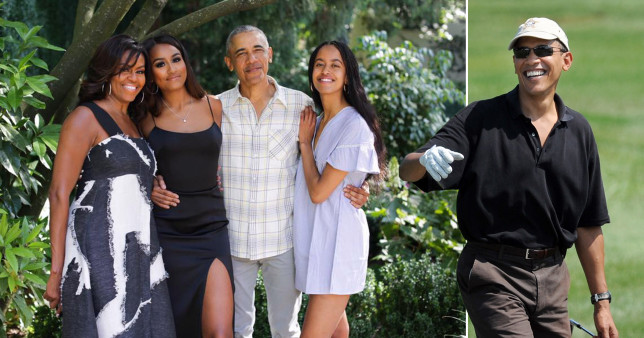 Former President Barack Obama is orchestrating a “nightmare” for his 60th birthday celebration in Martha’s Vineyard, according to a source who spoke to The Post on Monday.

Amid the spread of the coronavirus delta strain, the planned party with 475 attendees has received criticism – notably from the right.

According to unidentified sources reported in the American press, the celebration will happen this weekend in complete conformity with the Centers for Disease Control and Prevention (CDC), the major US public health organization.

The 475 guests slated to attend, along with roughly 200 hired workers, include George Clooney, Steven Spielberg, and Oprah Winfrey.

“Democrats are imposing unscientific mask mandates while contemplating more lockdowns. Meanwhile, President Obama is hosting over 500 elites at his Marthas Vineyard mansion. If you or I did that it would be called a super-spreader event by the Democrats,” said Rep. Elise Stefanik, chair of the House Republican Conference.

“Typical liberal ‘do as I say, not as I do’. This is what socialism looks like.”

The event will take place in the open air. According to reports, all visitors must be completely vaccinated and present negative test results before entering. The party will be overseen by a COVID-coordinator. It’s unclear whether masks will be required.

The Centers for Disease Control and Prevention (CDC) recently updated its mask-wearing recommendations, citing new research in a confidential paper released last week that said the Delta strain spreads as rapidly as chickenpox, even among people who have been vaccinated.

Nonetheless, Republican congressman Jim Jordan, a Trump supporter, joked on Twitter that “if this was President Trump’s birthday,” Democrats would be asking, “How can someone be so reckless?” or “They’re killing people.”

“If you’re talking about a small party like I might have at my house for six or eight people who are all fully vaccinated, I do not believe, at this point, we need to put masks on to be next to each other,” Francis Collins, director of the National Institutes of Health, told CNN on Sunday.

“But if there were 100 people… and of course, how are you really going to be sure about people’s vaccination status?” he added.

Rep. Nicole Malliotakis (R-Staten Island) told The Post that there is a double standard for Democrats like Obama, and that high-profile Republicans would be ashamed to host an event like this.

“Just like President Obama, every American should have the right to celebrate their milestones without arbitrary government mandates and interference. We all know if this was President Trump the left would be screaming,” Malliotakis said.

“Is there an exception for parties attended by rich liberal celebrities?” Ronna McDaniel, the chairwoman of the Republican National Committee, wondered.

On Saturday, Republican congressman Lance Gooden tweeted, “Barack Obama will have a birthday bash with 700 guests on Saturday,” “Will Democrats demand he require all of his guests wear masks?”

President Joe Biden will not be there, but a White House spokeswoman stated that he “looks forward to catching up with former President Obama soon and properly welcome him to the over-sixty club.”

Martha’s Vineyard, which is located in Dukes County, is not presently considered to be at high risk of a coronavirus epidemic. However, a cluster of COVID-19 infections among vaccinated persons in neighboring Provincetown this month led the CDC to repeat its recommendation that people wear masks indoors.

Mr. Obama is no stranger to extravagant festivities for significant occasions, such as birthdays. When he turned 50 in 2011, he invited rapper Jay-Z, singer Stevie Wonder, and veteran Hollywood actor Tom Hanks to the White House.