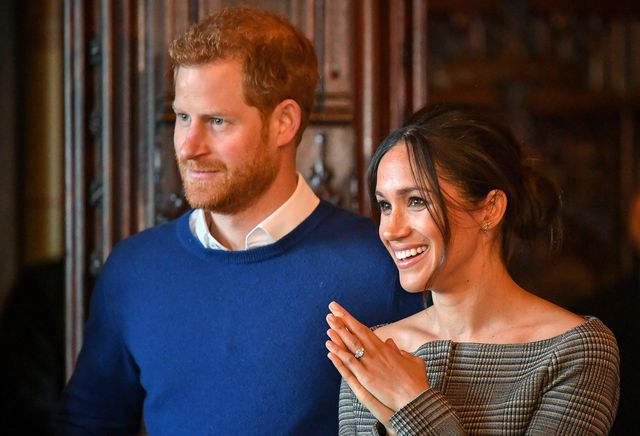 Prince Harry has been described as “like a startled rabbit caught in the headlights” as he adjusts to life in the United States.

The Duke of Sussex’s participation at Prince Philip’s funeral was his first return to the United Kingdom since his explosive Oprah Winfrey interview with his wife Meghan.

During the interview, Harry and Meghan accused the family of racism and being insensitive to Meghan’s mental health concerns.

Former royal editor Charlie Rae spoke out on British radio on the Duke of Sussex’s new life in the United States.

Rae told talkRADIO that he does not believe William and Charles will “extend their open arms again to Harry,” according to The Mirror.

“Out in the US, Harry looks like a startled rabbit caught in the headlights,” Charlie Rae, a former royal journalist at The Sun, told talkRADIO.

TalkRADIO host Kevin O’Sullivan said: “We read that Harry was shocked by the frosty reception he got from some members of the Royal Family.

“Some literally turned their back on him. He was stunned by this – I’m not sure why that was a surprise to him.”

“It must be occurring to him how frozen out he is, how he has turned his back on his former life.

“There is suggestion that when he came back a few weeks ago, he was reminded of his old life.”

“He felt rather nostalgic about it and he isn’t so thrilled about his new circumstances as he wants you to believe,” he said.

Meghan also claimed in the interview that Kate Middleton made her cry over the flower girls’ outfits.

Meghan, who is expecting her first child next month, did not return to the UK for the burial owing to medical reasons.

According to reports, Harry, Charles, and Prince William talked after.

Others argue that the “clear-air-talks” did not take place since Harry only remained for a few days and the family wanted to focus on supporting the Queen during this difficult period.

In his first public appearance since the Duke of Edinburgh’s burial, Prince Harry honored the world’s frontline medical workers during a concert in Los Angeles.

Appearing with a host of famous names at Global Citizen’s Vax Live, He said: The Concert to Reunite the World, a charity performance for the international COVID vaccination effort.“Tonight is a celebration of each of you here, the vaccinated frontline workers in the audience and the millions of frontline heroes around the world,” Harry said.

“You spent the last year battling courageously and selflessly to protect us all. You served and sacrificed, put yourselves in harm’s way, and acted with bravery, knowing the costs. We owe you an incredible debt of gratitude. Thank you.”