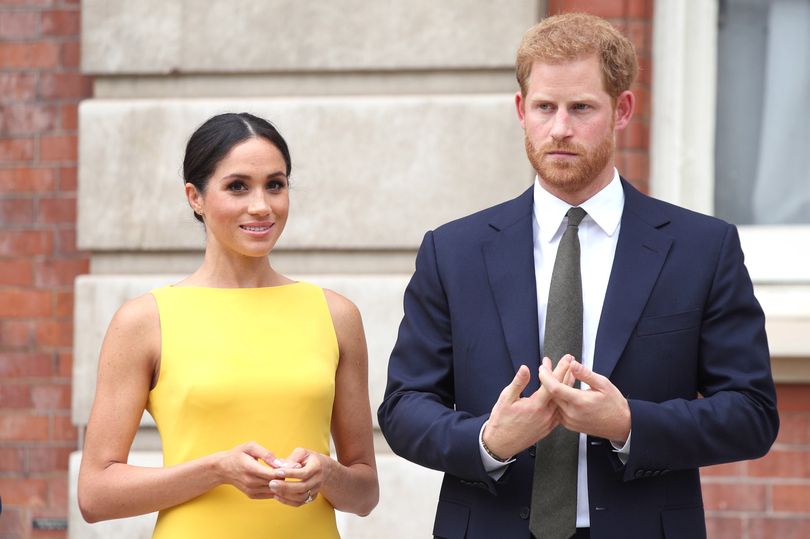 According to a royal expert, Meghan Markle and Prince Harry were not invited to Barack Obama’s 60th birthday celebration because they were “not in the league of double A-listers”

Dickie Arbiter, a royal specialist and former Queen’s spokesman, believes Harry and Meghan are just not in the same league as the Obamas.

The couple, who stepped down as senior working members of the royal family last year, have since built a brand for themselves through Archwell Productions, but despite previously rubbing shoulders with Rihanna, Beyoncé, and Barack Obama himself, they have yet to make the biggest names for themselves.

The hosts of 9News Today asked Arbiter if it came as a surprise that Harry and Meghan were not invited to the birthday celebration.

He said the couple “were never even on the invite list.”

Speaking to 9News Today, he said, “No it’s not a surprise at all. The British media were speculating, left, right, and centre, that Harry and Meghan would be invited.

“I don’t think they were ever on the list. You’ve got to remember that the Obamas invited not just A-listers, [but] double A-listers because what they’ve said is they don’t want any presents.”

“What they want is the guests to get their hands out of the pockets so he can help young men and young boys get on the work ladder, particularly young people of colour, also help people around the world living in the deprived state.”

He continued:”You are talking about The office for the Obama’s confirmed last week that they scaled back the guest list due to growing concerns about the rapid spread of Covid-19.Oprah Winfrey, the Clooneys, and Rihanna.

“Meghan and Harry are just not in that same league of celebrity. They are not double A-listers.”

Barack Obama married Michelle Obama in 1992. And the pair hopes to do greater things with the aid of their pals.

The Sussexes’ “baggage” according to royal analyst Daniela Elser, has meant they may not be as influential as they originally anticipated.

She questioned if the pair still “have what it takes” to be “global power players.”

The Sussexes, who have a two-year-old son Archie, are believed to be on parental leave following the birth of their two-month-old daughter Lilibet Diana.

Elser wrote in the New Zealand Herald that Meghan and Harry “might have demonstrated again and again their eagerness to throw themselves into charitable work, but what defines them today is not their hard graft but the tumult and drama they have unleashed on the royal house and his family.”

Ms Elser claimed: “The couple no longer simply bring with them the magic stardust of royalty but more baggage than a Louis Vuitton warehouse.

“Therefore, having transformed themselves into polarising, divisive public figures, are they still the prize invitees they might have been?”