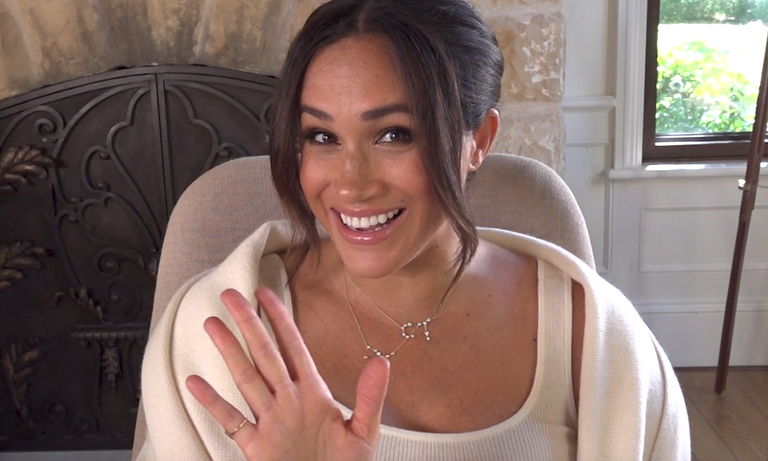 On her 40th birthday, the Duchess of Sussex made a video appearance to promote a new women’s work program, and fans got a sneak glimpse inside Prince Harry and Meghan’s Montecito home.

The camera cuts to charming, never-before-seen family photographs on Meghan’s desk at her opulent Montecito, Calif., house in a blink-and-you’ll-miss-it moment.

One of the four framed pictures looked to depict the Duchess’s youngest child, who was born on June 4 this year.

The center image in the trio is, in fact, Lilibet, with her father, Prince Harry, bending over her and kissing her, according to Page Six. It can be seen at the opening of Markle’s birthday video, which introduces a new Archewell charity effort, when the Duchess begins a video conversation with actress Melissa McCarthy. Archie Harrison Mountbatten-Windsor, the Sussexes’ two-year-old son, is also included in the lovely (if fuzzy) photographs. 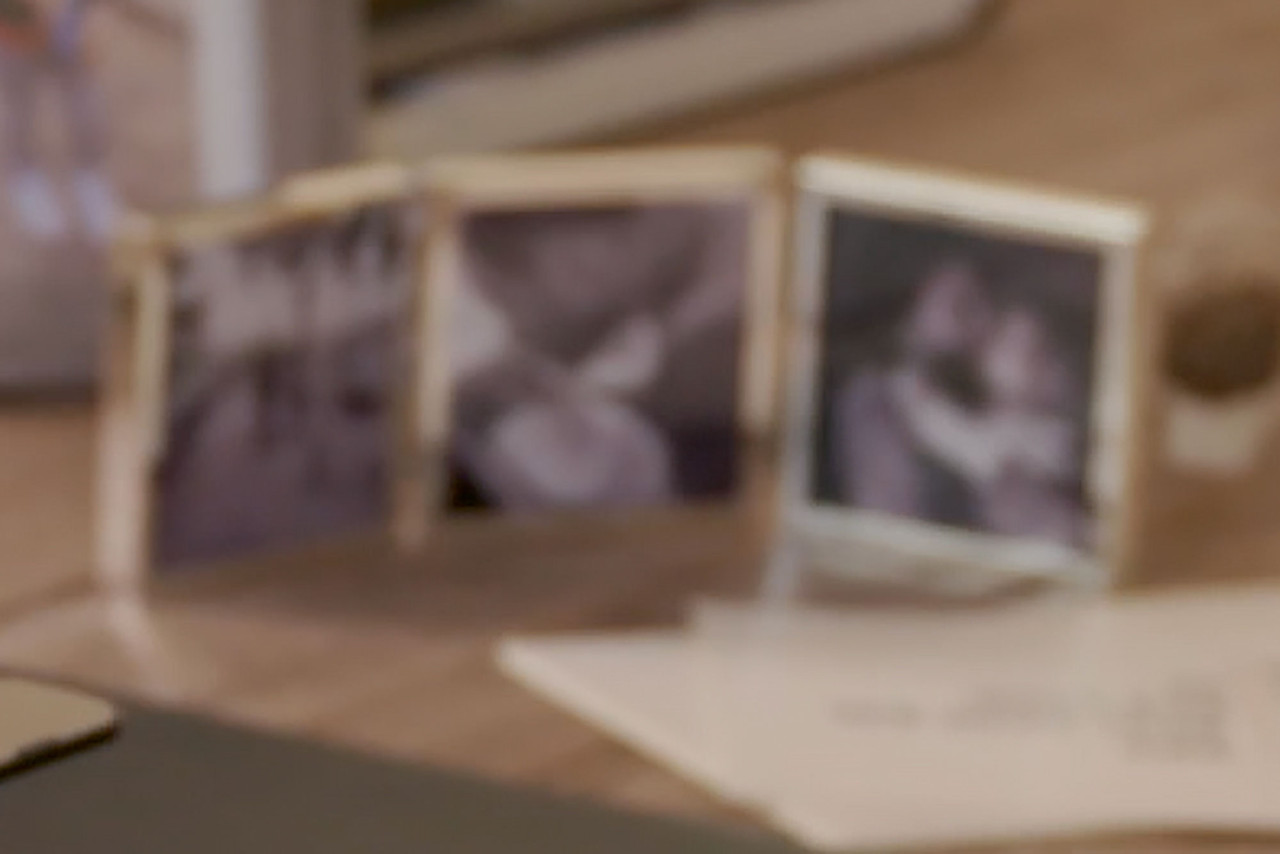 Another photo is of the family, and the third is of Meghan snuggling up to Archie.

One user commented on social media, “Archie is so big now! The picture in the middle looks like Harry with Lilibet.” Another agreed, saying: “I think the middle photo of the three is Harry kissing Lili and maybe the last is Meghan and Archie?”

Another added, “I like to think that on the three photos joined, the one in the middle is a photo of Harry holding Lili.” 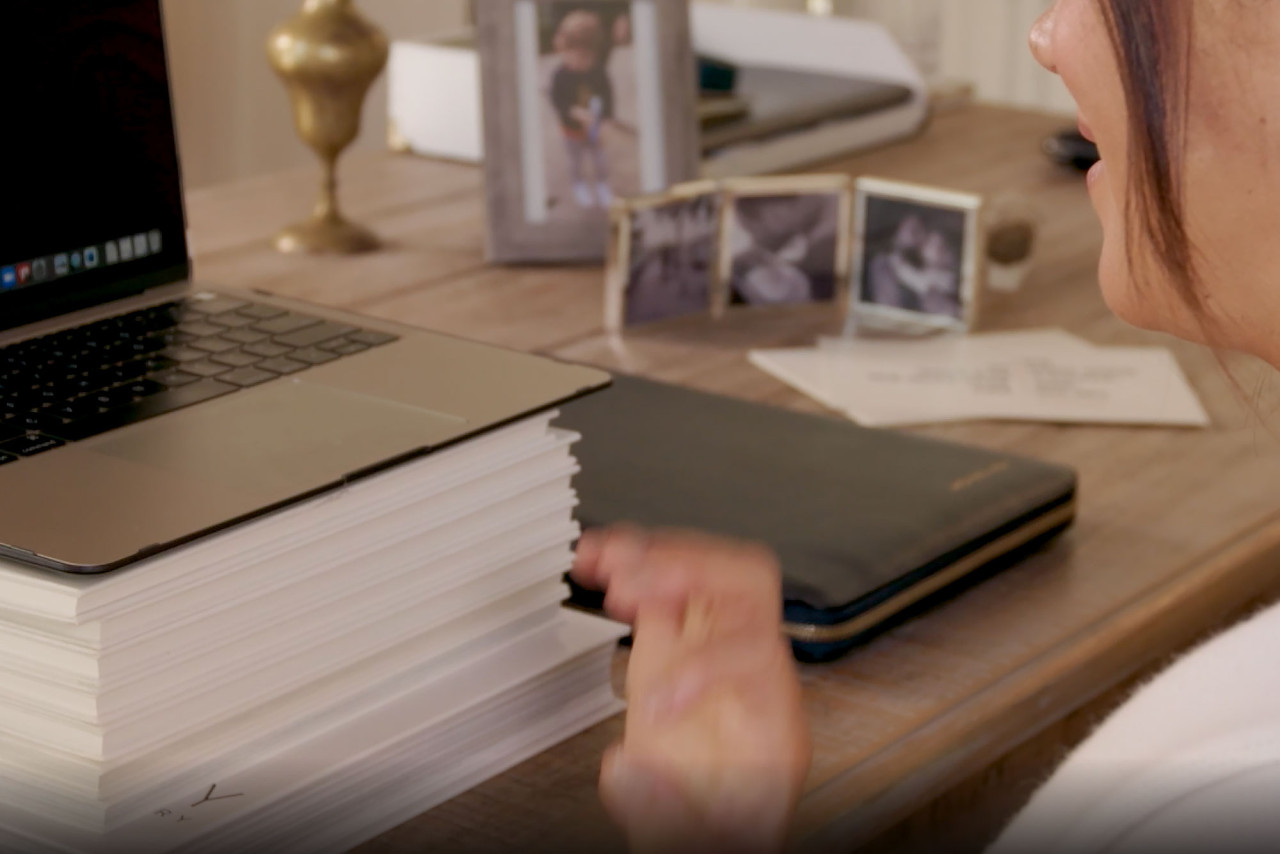 A collection of family photos is briefly shown in a blink-and-you’ll-miss-it moment in Meghan’s birthday video.
40×40

Baby Lilibet was named after Queen Elizabeth II, her great-grandmother, and Princess Diana, her late grandmother.

The Duke and Duchess of Sussex have yet to publish a photo of their daughter, who was delivered on June 4 at Santa Barbara Cottage Hospital.

Archie has also been seen seldom since the pair abruptly left the royal family last year, with the most recent photo of him, taken in May to commemorate his second birthday, showing him with his back to the camera.

The family is now residing in Montecito, California, close to Markle’s mother, Doria Ragland, who allegedly assists her daughter and son-in-law with childcare. The couple relocated to the United States with Archie following their contentious decision to resign from their royal responsibilities, which they claimed Oprah Winfrey were causing them excessive stress. During that much-discussed interview, the pair accused senior royals of discriminatory conduct, and Markle disclosed the devastating impact their lives were having on her mental health.

Archie was also seen in video footage during the couple’s March appearance with Oprah Winfrey. The video shows the happy child having fun on the beach with his parents and their dogs, Guy and Pula.

Meghan featured with actress Melissa McCarthy in the birthday video, which provided a look into the lives of the former senior royals in Los Angeles, and is packed with Easter eggs. Markle’s laptop is propped up on copies of her children’s book “The Bench,” and she’s wearing necklaces by Logan Hollowell – a Taurus constellation in celebration of Archie’s birthdate, May 6, 2019, and a Gemini constellation in honor of Lili’s birthdate, June 4, 2021. Meanwhile, one of her dogs, Guy, is sleeping on a bed behind her, while Harry juggles outdoors.

Since leaving the UK, the Sussexes have been able to focus on their family life while still securing big commercial partnerships with Netflix and Penguin Random House and promoting philanthropic causes through their Archewell platform.

The Duchess of Sussex has launched 40×40, a worldwide effort to urge individuals all around the globe to commit to give 40 minutes of their time to help women return to work.

She has asked 40 activists, sportsmen, artists, and international leaders to take part by providing 40 minutes of mentorship to women who are reentering the profession.

Meghan wore neutral colors in her first public appearance after giving birth to her baby.