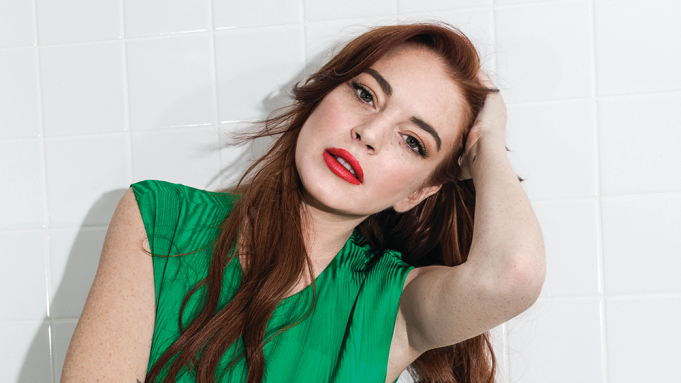 Lindsay Lohan is resuming her acting career, and Twitter thinks is “so fetch!”

Lindsay Lohan, who has mostly avoided acting in recent years, will feature in a Netflix Christmas rom-com that has yet to be named. Original films including “Jingle Jangle,” “A Christmas Prince,” “The Christmas Chronicles,” and “The Princess Switch” (based by Lindsay Lohan’s “The Parent Trap”) have become instant (and repeated) holiday hits for the streaming service.

Lohan will portray a “newly engaged, spoiled hotel heiress [who] finds herself in the care of a handsome, blue-collar lodge owner and his precocious daughter in the days leading up to Christmas,” according to Variety. Janeen Damian will direct and co-write the unnamed project, which is expected to be ready for Christmas 2022.

There are so many questions, yet there are so few answers. Who will portray the dashing lodge proprietor? Who is playing her fiancé in this film? Who will play the precocious daughter, and why isn’t Billy Eichner cast in the role? Is the storyline meant to be similar to Overboard, a film about an amnesiac heiress that was recently recreated with Anna Faris? Which of Lohan’s many accents will she use this time? There have been no additional cast members confirmed, and the film isn’t set to begin shooting until November, so we have plenty of time to guess.

Lohan rose to prominence as an 11-year-old actress in a 1998 remake of “The Parent Trap.” She then starred in remakes of “Freaky Friday” and “Mean Girls,” solidifying her position as an A-list actress. Lohan retired from acting in stages beginning in the early 2010s, after years of being pursued by photographers and tabloids over personal difficulties that rendered her uninsurable for a while due to her frequent absences. She ultimately relocated to Europe and then to Dubai.

Though a debut date has yet to be announced by Netflix, the actress’ fans have voiced their enthusiasm for her comeback, with Liv Marks tweeting: “The Lindsay Lohan renaissance is upon us and I feel seriously blessed,” Lindsay Lohan is making her return to starring in movies after being cast in Netflix romcom. @seanmelia123 added by writing “Lindsay Lohan comeback to acting, nature is healing”.

Lohan’s acting career has been sporadic since her performance in Paul Schrader’s The Canyons in 2013, with her lone film credit being a supporting role in the werewolf thriller Among the Shadows in 2019. She also featured in an episode of 2 Broke Girls in 2014 and as a regular character in Rupert Grint’s sitcom Sick Note’s second season in 2018. She also received mostly favorable feedback for her performance in David Mamet’s play Speed-the-Plow in the West End in 2014.

Lohan has been mostly gone from our screens for over a decade, with the exception of a reality-TV stint and a recurring role on the British sitcom Sick Note. Lohan did feature in Among the Shadows, a video-on-demand thriller about werewolves and the United Nations, in 2019. She was also a guest judge on Australia’s Masked Singer, telling season one victor Cody Simpson, “I want my furniture back because I bought your furniture for your house in Venice.”

Some wondered why she didn’t appear in Ariana Grande’s “thank u, next” music video, which recreated Mean Girls’ classic “Jingle Bell Rock” dance routine. “I guess they couldn’t get in touch with me,” Lohan said. “I don’t know. It’s not that easy to just fly in from Dubai.”