The Queen wore a hat instead of a crown during the Investiture of her son, Prince Charles, as Prince of Wales on July 1, 1969 at Caernarfon Castle, which created considerable controversy. However, the Welsh people thought that the significant event justified it.

Although milliner Simone Mirman’s hat matched her light yellow gown, it was a Tudor-inspired hat with two fairly big pieces covering her ears.

Mirman had collaborated with designer Hartnell, who was the Queen’s favorite dressmaker, on many occasions throughout the years. 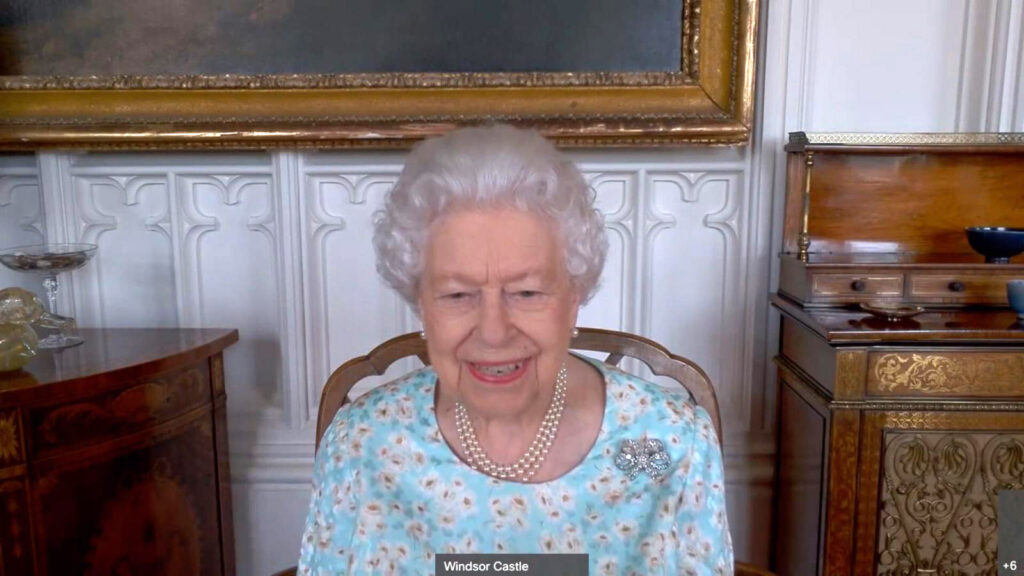 On Friday, Queen Elizabeth donned one of her most famous trademark brooches.

The monarch met virtually with four young leaders (Safaath Ahmed Zahir of the Maldives, Jubilanté Cutting of Guyana, Jean d’Amour Mutoni of Rwanda, and Brad Gudger of the United Kingdom) whose work is supported by the Queen’s Commonwealth Trust to “discuss their remarkable work” and the “importance of teamwork in delivering vital work in the Commonwealth community,”

“The very interesting thing about listening to all of you is how much teamwork matters. I think for the Commonwealth Trust it’s obviously very, very important. Thank you for telling me all your experiences and wonderful work you’re doing,” she said.

According to People, the Queen appears to be wearing one of her Victoria Bow Brooches in the video, which was posted on the official Royal Family Instagram account. The Queen possesses three of the famous brooches, which originate from the late 1800s and were handed down to her by Queen Victoria herself.

Though her great-grandmother favored wearing the three in a cascade, Queen Elizabeth prefers to wear them one at a time, especially during daylight engagements.

The queen had previously worn this brooch for a special occasion on Sept. 9, 2015, when she became Britain’s longest-reigning monarch, surpassing Victoria herself. The decision “meant the trio of jewels will forever be associated with long-serving queens,” Express says.

The brooches were recognized as “heirlooms of the crown” by Queen Victoria in 1901, and they passed straight from monarch to monarch to be worn by queens regnant or consort.

The Queen has worn the brooches on many significant occasions throughout the years. She wore one at Princess Diana’s burial in 1997:

And it will be 35 years in September when the Queen loaned the piece to Sarah Ferguson, Duchess of York. The Duchess wore the sparkler as a collar accent while she was a newlywed at the Braemar Gathering, an annual sports tournament in the Scottish Highlands that became one of the ruling monarch’s formal patronages during Queen Victoria’s reign.

The Queen always travels with a supply of her own blood
Photos: Princess Anne’s curly blonde hair