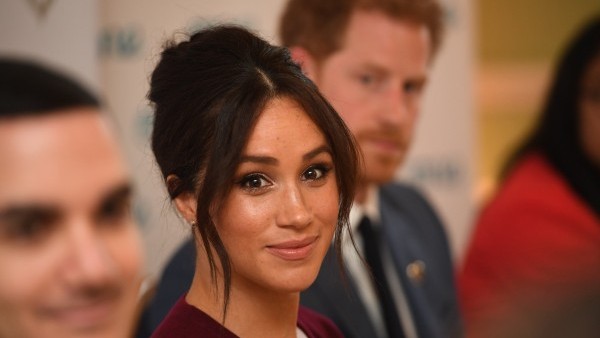 As the palace mourns Prince Philip’s passing, the Queen has been asked not to not to accept Meghan Markle’s olive branch, after she said that she is “willing to forgive and move on.”

According to a survey conducted by Express UK, several readers believe Meghan should be the one asking forgiveness for her dramatic tell-all interview with Oprah Winfrey, not the one offering it.

The Survey question was : “Should the Royal Family put their differences aside?”

Moreover, viewers were outraged by Meghan’s offer to forgive the royal family, insisting that the very reverse could occur.

“Megan Markle should apologise to the Queen and it is up to our Queen if she wants to accept her apology – not the other way round,” one user wrote.

“How big of her,” said a second person, dismissing the duchess’ olive branch.

“They’re really not getting the offers they assumed they were going to get,” the reader said.

“The Royal Family should tell her that it’s very ‘generous’ of her to offer them her ‘forgiveness’ but she should offer it instead to her own family especially her father,” the reader said.

“It’s very telling that she is only offering to forgive her powerful, wealthy and famous in-laws who are the reason she is relevant in Hollywood but not her family including the father she portrayed as a loving and supportive father in her old blog.”

With some of the claims she made during the Oprah Winfrey interview, including talking about struggles she had with palace personnel as a working member of the Royal family, and one of her statements seeing Prince William having to refute his family being racist, Meghan Markle sparked a massive backlash on social media and in the general public.

Her claims sparked a high-profile spat with Piers Morgan, the host of Good Morning Britain, and her comments in the interview may undoubtedly have left a sour taste in the mouths of certain members of the royal family.

Meghan’s friends have reported that she is ready to leave the past behind her and turn a fresh leaf in her strained relationship with her husband’s family.

The close friends of the Duchess of Sussex talked with the Daily Mail. They said that she believes that that is what the Duke might have wanted her to do, mending the shattered bridges between herself and her husband’s family.

“Meghan said it’s during these times when family should come together, put their differences aside and unite as one,” a source told the Daily Mail.

“She said this is what Prince Philip would want and that she’s willing to forgive and move forward.”

“Meghan said her main concern right now is supporting Harry. She said she left it up to him as to whether or not she would attend the funeral.”

The remarks came after the duchess accused the royal family of racism and said she was denied help by palace staff while she was having suicidal thoughts.

After making an ‘unbelievable’ offer of forgiveness to the Royal Family, Meghan Markle has been advised to ‘be quiet.’

Angela Levin, a well-known royal columnist, sent the straightforward message to the Duchess of Sussex shortly after her friends said that she is “ready to forgive” the Royal Family for the racism charges she and Prince Harry leveled against them during their explosive Oprah Winfrey interview last month.

They went on to say that after the duke’s death last Friday, the 39-year-old “wants to put their differences aside” to move on.

The pregnant Duchess did not travel to the UK, citing medical advice against flying.

She also didn’t want to be the “centre of attention,” according to reports.

Ms Levin, who authored the best-selling Harry: Conversations with the Prince, tweeted her views on the duchess.

“If Meghan didn’t want to be ‘centre of attention at the funeral’, told ‘friends’ she ‘adored Prince Philip’ and that she was ready to ‘forgive the Royal Family’, she should be quiet,” she wrote.

“Instead all three comments show her patronising and grandiose behaviour. I don’t believe them .”

“Interesting that Meghan’s doctor has advised her not to fly because of her ‘condition’ yet so far has been happy for her to have a baby at home,” she said, referring to doctors’ advice.