A shocking photograph of the Duchess of York having her toes sucked by John Bryan surfaced 26 years ago.

The notorious photograph, shot in 1992, shows the Duchess of York resting on a sun lounger as Mr Bryan, her financial adviser, kisses and sucks her toes. 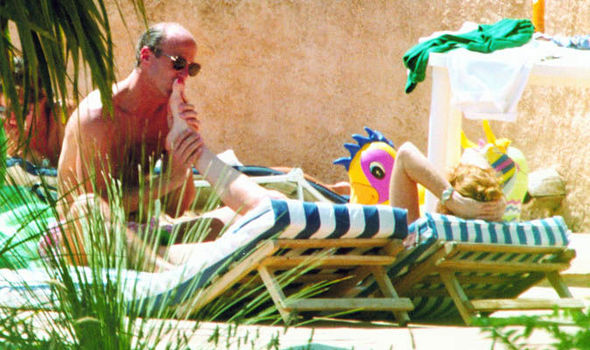 The explosive picture of the Duchess of York having her toes sucked by John Bryan (Image: NC)

The British royals have had their fair share of scandals throughout the years, but this particularly heinous incident in 1992 forced Sarah Ferguson to resign from the royal family permanently.

After a six-year marriage to the Duke, the pair had announced their divorce a few months prior. While his family was enjoying their annual Tweed-A-Thon, Prince Andrew’s estranged wife was having a holiday of her own, but it couldn’t have been more different — and would have life-changing ramifications that are still felt today.

Ferguson, often known as “Fergie,” and Prince Andrew announced their divorce in March 1992.

The toe sucking shot was one of several disturbing images taken while the couple was on vacation in France, including Sarah sunbathing topless.

They also showed the pair kissing, hugging, and splashing about in the water.

Princess Eugenie, two, looked on as Mr Bryan kissed her mother on the lips in one photograph.

A Royal had never been seen in this light before.

Prince Andrew married Sarah in a spectacular wedding at Westminster Abbey on July 23, 1986.

Princess Beatrice, now 30, and Princess Eugenie, now 29, are their children.

The Yorks had had a difficult couple of years. Fergie was initially regarded as a breath of fresh air in the royal family after their joyous wedding, clearing away a few cobwebs with her lighthearted attitude to her duties and seemingly endless hunger for fun.

However, the terrain would change drastically over the following few years.

The public reverted to liking the considerably more reserved Diana, Princess of Wales. Meanwhile, Fergie’s weight was frequently ridiculed in the press, and she was left to raise the couple’s daughters (Princess Beatrice, born in 1988, and Eugenie, born in 1990) while her naval sea captain husband was at sea for more than 300 days each year.

Sarah Ferguson was staying at Balmoral with the rest of the royal family on the morning the photos were released.

Despite the ridiculous photo, the duo, both 58, maintained a strong relationship, previously identifying themselves as the “world’s happiest unmarried couple.” 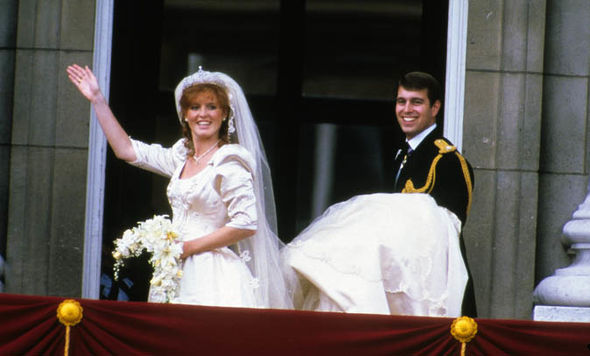 Andrew and Sarah on their wedding day in 1986 (Image: GETTY)

According to accounts at the time, when the pictures were released in the British press, the 3.5 million print run had sold out by 9 a.m. on August 20.

In the Daily Mail, royal reporter Richard Kay alleged that Princess Diana sent him a pager message the night before the photographs were published.

Diana’s warning was straightforward: “The redhead’s in trouble.”

“Bryan promised her everything would be fine, but I could see in his face that he didn’t really believe it,” Kay wrote.

“In a few short hours, those pictures were going to be on the breakfast room sideboard in the Queen’s castle. They would also be winging around the world to be pored over by millions.”

But there was one thing that irritated Bryan as he looked through the media coverage.

According to Kay, he said: “I wasn’t sucking her toes, I was kissing them!”

Penny Junor, royal biographer, said on ITV’s The Royal Wives of Windsor, which aired earlier this year: “She was famously photographed with her financial advisor and she was wearing a bikini in some garden in the south of France and he appeared to be sucking her toes.

“She was at Balmoral when those photographs came out. The family came down for breakfast and there was Fergie in this shocking scene and that was the end.”

Writing in her autobiography years later, Fergie said: “It would be accurate to report that the porridge was getting cold. Eyes wide and mouths ajar, the adults were flipping through the Daily Mirror.”