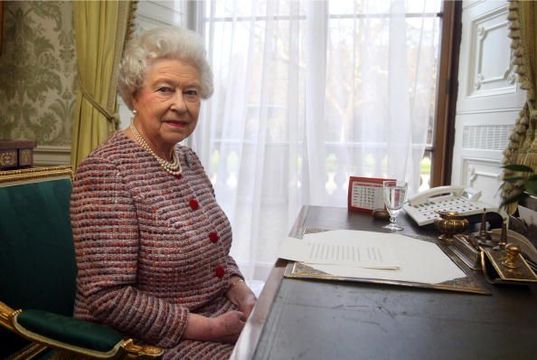 Following the death of her spouse, Prince Philip, Queen Elizabeth is easing back into royal duties. The Duke of Edinburgh died on April 9, two months before his 100th birthday, at the age of 99. The funeral will take place on April 17 at St. George’s Chapel in Windsor Castle and will be shown live on British television.

The 94-year-old queen set aside her mourning at the death of her husband to hold a retirement ceremony for Earl Peel, the former Lord Chamberlain, on Tuesday (13.04.21).

Earl Peel’s wand and insignia of office were accepted by Queen Elizabeth at Windsor Castle.

The formal engagement was recorded in the Court Circular, which records the Queen’s and her family’s regular events, as well as online as in British newspapers.

Peel, the Queen’s most senior officer, left his position at a private ceremony at Windsor Castle. He recently supervised the preparations for Prince Philip’s funeral, dubbed Operation Forth Bridge, which will take place on Saturday, April 17th. According to the BBC, he handed over his duties to former MI5 spy boss Andrew Parker a week before the duke died.

Following Philip’s death, the monarch’s will remain in mourning for four weeks, but a royal official confirmed that family members will “continue to undertake engagements appropriate to the circumstances.”

The news of the prince consort’s death was revealed by Buckingham Palace in a statement. “It is with deep sorrow that Her Majesty The Queen has announced the death of her beloved husband, His Royal Highness the Prince Philip, Duke of Edinburgh,” the statement said. “His Royal Highness passed away peacefully this morning at Windsor Castle.

Prince William and Prince Harry also issued comments about their grandfather. “My grandfather was a man of service, honour, and great humour. Prince Harry said, “He was authentically himself, with a seriously sharp wit, and could hold the attention of any room due to his charm—and also because you never knew what he might say next. He was my grandpa: master of the barbecue, legend of banter, and cheeky right ’til the end .”

The Duke of Cambridge, Prince William, promised to honor Philip’s wishes and to continue to serve his grandmother, the Queen, and to “get on with the job.”

“My grandfather’s century of life was defined by service—to his country and Commonwealth, to his wife and Queen, and to our family,” Prince William said in his statement. “I feel lucky to have not just had his example to guide me, but his enduring presence well into my own adult life—both through good times and the hardest days .”

Princess Anne, the Queen’s and Prince Philip’s daughter, has also returned to work, attending the Royal College of Emergency Medicine’s Spring Conference by video connection in her capacity as patron.

The Duke of York, Prince Andrew, has stated that his mother is doing admirably and that the rest of the family has rallied to support her .

While on engagements, the Queen and her relatives, including her children and grandchildren, will wear Mourning bands where necessary.

Queen Elizabeth and Prince Philip have enjoyed a lengthy love story, marking their 73rd anniversary last November and having been together for longer than any other couple in British monarchy history. Charles, Prince of Wales, Anne, Princess Royal, Prince Andrew, Duke of York, and Prince Edward, Earl of Wessex were their four children.

They had eight grandchildren and ten great-grandchildren, with another on the way thanks to Harry and his partner, Meghan Markle, who is expecting their second child, a baby girl.