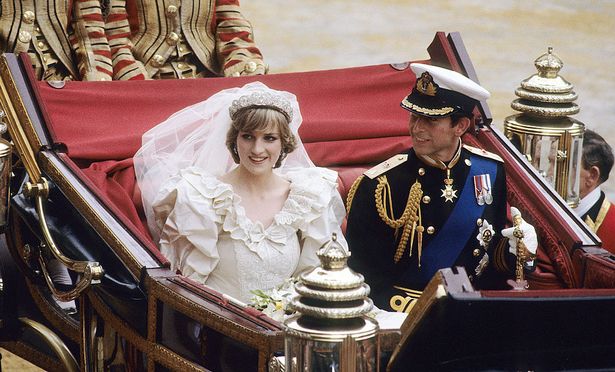 Princess Diana and Prince Charles were one of the twentieth century’s most renowned royal couples. Many people thought they had a fairy-tale marriage at first, but it soon became clear that the pair struggled in their relationship.

When her life grew complicated, Princess Diana resorted to astrology. She sought advice from astrologer Debbie Frank on a regular basis in an attempt to make sense of what was going on between her and Prince Charles. According to Town & Country, “She was going through a very difficult time in her marriage because her husband was having an affair with Camilla and nobody really knew about it and she felt desperate.”

“She felt kind of locked into something that was not what it looked like. She was a young girl who just needed guidance and help managing her feelings, more than anything. I think she felt herself to be very disempowered at that time because it was just expected that she should just get on with it.”

“So Diana just called me up one February in 1989,” Frank recalls, in a new PBS documentary about Diana. They began conversing on the phone many times a week following the initial encounter. They met for lunch for the first time in June, and over the next eight years, these lunches and phone conversations became a regular event. Debbie claims they were “very close friends,” which they stayed until Diana’s untimely death in 1997.

Their incompatibility could be clearly noticed by Diana’s astrologer when looking at their sun and moon signs.

The two ladies worked together to decipher the charts’ information regarding the couple’s compatibility. Frank says that they attempted to find solutions to issues such as, “Why he was like this? And what was the point of all this? And would he stay with Camilla? Would he stay like this or might he develop?”

The Prince of Wales and his ex-wife “were really very different,” according to Frank, and their astrological charts put them at a disadvantage when it came to establishing harmony as a couple. They were both Cancers, as was Camilla Parker-Bowles, but it was their moon signs that complicated things. “This is very stubborn. It’s very fixed. It’s very unchanging. Whereas Diana had a moon in Aquarius, which is very people-oriented–someone who wants to move with the times. They were really very different,” Frank remarks of Charles’ Taurus moon.

“She had this affability, this amiability,” Frank shared. “She was very personable. And everybody that met her felt as if they met the real Diana, which they did.”

Although astrology was unable to salvage the royal marriage, it provided Diana with some solace. “She understood astrology, and it meant something to her,” Frank says. “So, we were very easily able to use this as a language. You can translate what the meaning is, what the resonance of [something] is. She really understood that. She did want to know what was going on in the stars, what the general celestial frequency was.”

However, Frank stresses that she is neither a psychic or clairvoyant. “I don’t believe that your life is totally written out,” she says. So, what type of knowledge did Diana receive from these sessions? “It was sort of like therapy–that’s what she got from it–as a means of mediating her feelings, understanding why she felt like she did, what she could do about it, what she was supposed to be developing into, how she was supposed to perceive these things, and how could she empower herself,” says Frank. “We worked a lot more from that premise of ‘what can you learn from this? What choices do you have? This is what you’re supposed to grow into.’ So, gradually she became more empowered.”

Meanwhile, Town and Country reported that Frank believes Charles’ demeanor is “quite hard to get to know.”

Frank is more optimistic about Prince William, a Cancer, and Kate Middleton, a Capricorn: “But the opposites attract,” she says. “There’s definitely this big magnetic connection between Kate and William.”