The Cambridges are enjoying a low-key family trip to celebrate the end of summer.

The royal couple took their three children, Prince George, Princess Charlotte, and Prince Louis, on vacation to the Isles of Scilly, an archipelago off the coast of Cornwall, according to Hello!

The outlet reported that Kate, William, and the kids went there last year as well. The family was spotted cycling on Tresco Island, the only one of the five inhabited islands that is privately owned, according to the publication. The report did not indicate which of the islands the Cambridges stayed on or how long their trip lasted this year.

One observer who saw the Royal couple said to reporters, “William and Kate were riding their bicycles, having a laugh. They looked so happy enjoying the weather.

“I did do a double take. They were really friendly and said hello.”

Regardless of where Prince William, Kate, George, Charlotte, and Louis stayed, they would have been able to visit the other islands (St. Mary’s, St. Martin’s, Bryher, and St. Agnes) by boat and relax on the beautiful beaches. They had a lot to celebrate, not just because it was summer break, but also because Prince George turned eight years old this month.

The Isles of Scilly can be reached by air (by plane or helicopter) or by ferry. To give you an idea of how distant the islands are from London, drive from Kensington Palace, where the couple’s official residence is, to the ferry terminal, Penzance Terminal. According to the Isles of Scilly’s tourist website, “Both the St. Mary’s Harbour Master’s Office and Isles of Scilly Airport welcome independent travelers to the islands and will assist you with your plans before you depart and also on your arrival.” 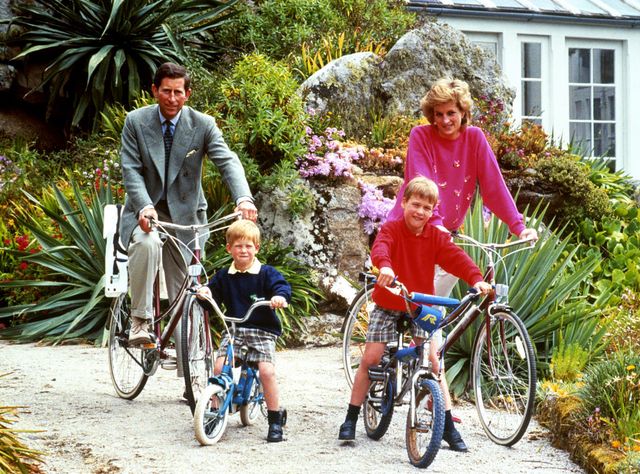 The brief excursion was a nice relief from the Duke of Cambridge’s hectic schedule of royal obligations. Willam has been actively pushing his Heads Up mental health campaign in the run-up to the FA Cup final, which coincides with his new effort to raise mental health awareness in the soccer world.

On Father’s Day, Prince George and his sister, Princess Charlotte, joined their father to kick off a half-marathon Father’s Day run at Queen Elizabeth’s Sandringham Estate.

The family is most likely still at their Norfolk country house, Anmer Hall, and enjoying a staycation. However, Prince William and Kate have another journey planned before the summer ends, as the entire Cambridge family is scheduled to visit Queen Elizabeth at Balmoral Castle, her home in the Scottish Highlands, before returning to London for the school year.