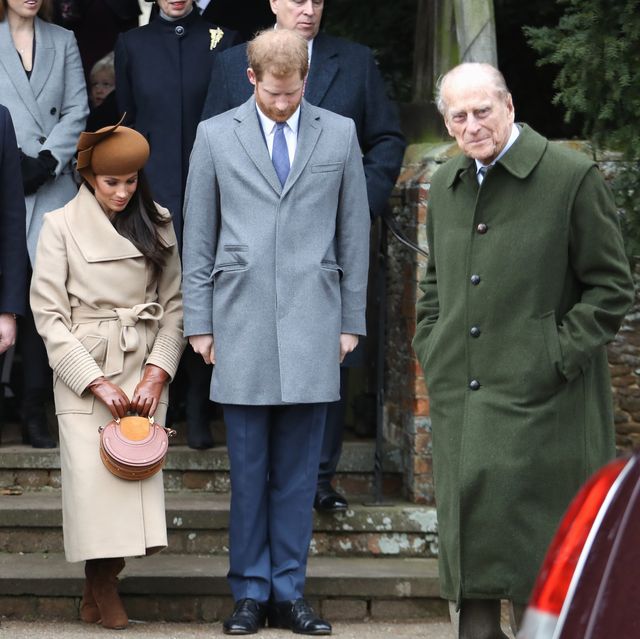 Prince Philip is said to have told Prince Harry not to marry Meghan Markle for this reason.

According to The Sun, Prince Philip told Harry to be cautious in his courtship of Meghan, informing him, “One steps out with actresses, one does not marry them.”

The duke, according to The Sunday Times, didn’t think Markle was marriage material because of her work as an actress.

When the Duke and Duchess of Sussex’s relationship became intense, Prince Philip is reported to have made the comment.

Regardless, Harry engaged and married the former Suits star.

The relationship between the Duke of Sussex and the Duke of Edinburgh was said to be quite strong.

Meghan announced during a short interview at her post-birth photocall with baby Archie that Philip was one of the first people to see the tot.

“We just bumped into the Duke as we were walking by, which was so nice,” she said.

Prince William is also said to have expressed concerns over Meghan Markle and Prince Harry’s relationship progressing at such a rapid pace.

According to royal biographer Kate Nicholl, things between the brothers soured after William questioned Harry if his relationship with Meghan was going too quickly.

“This seems to be moving quickly, are you sure?” William, 36, is said to have questioned Harry.

Various royals expressed fears, according to an insider, but “Harry stood up for Meghan very forcibly,” according to The Sun.

The pair began dating in the summer of 2016, became engaged less than a year and a half later, and married within two years.

“They will joke about who hasn’t done the washing up or William will have a go at Harry for eating him out of house and home but actually a rift over his choice of bride is far more serious,” Nicholl said on Channel 5’s Kate V Meghan: Princesses At War.

Before becoming engaged to Prince Harry in 2017, Markle appeared as Rachel Zane in the TV series “Suits” for seven seasons.

She also had minor parts in many Hollywood films, including Jennifer Anniston’s “Horrible Bosses” and Robert Pattinson’s “Remember Me.”