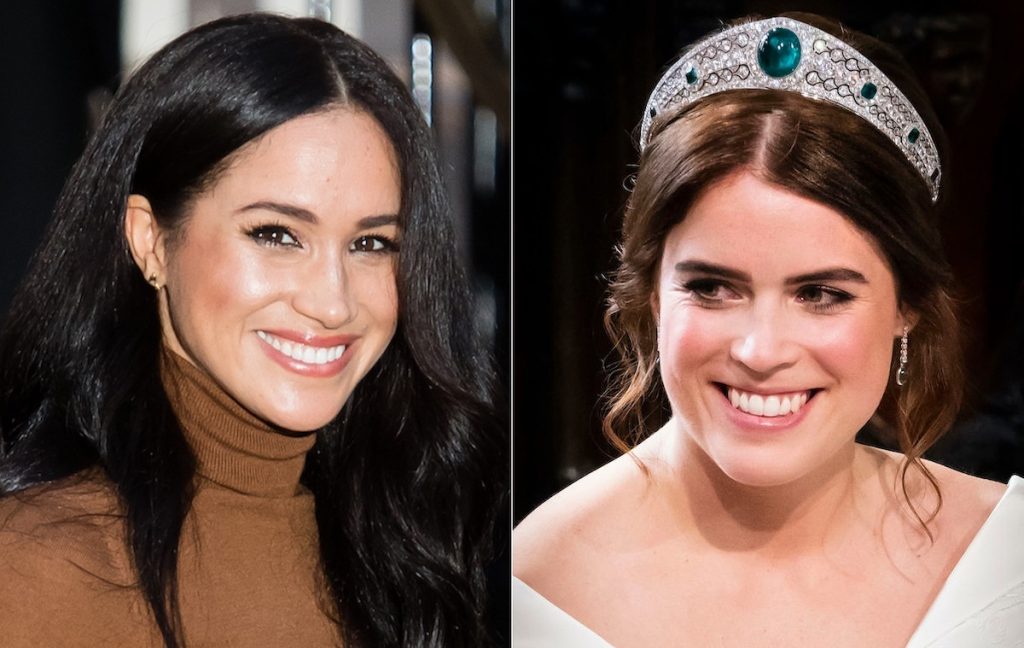 According to insiders, Princess Eugenie is the only person who can bring her “favourite cousin” Harry and wife Meghan Markle back into the royal fold.

Eugenie, according to The Sun, is a “peacekeeper” between the Sussexes and the rest of the royal family. This one is rather self-evident because Eugenie’s close relationship with Harry and Meghan is well-documented.

Eugenie has always had a special bond with Harry, and while he was single, she introduced him to her beautiful female friends, including his ex Cressida Bonas.

“The Sussexes may be settling into life as a foursome across the pond, but they are sure to have one eye on the family engagements that will draw them back to Britain next year,” columnist Eleanor Steafel wrote in the Daily Telegraph.

“The Queen will celebrate her Platinum Jubilee in the summer, with events planned around the country.

“If Harry and his family are to be part of the celebrations, perhaps after a turbulent few months, Eugenie the peacemaker can help bring her favourite cousin back into the fold.”

She wished her “dear” Meghan a happy 40th birthday on social media this week, after being hand-picked by the duchess to be part of her 40×40 campaign.

Meghan Markle knew the princess before she became a royal, owing to a mutual acquaintance.

It’s thought that she may have hooked Harry up with his future wife.

Prince Harry and the princess have been close since they were children.

“Eugenie knows them better than any of the royals in a way,” a royal insider told the Telegraph. “She was there from the beginning.”

The Duke even opted to isolate himself at Frogmore Cottage when he returned to the UK in July for the unveiling of the Diana statue.

Eugenie and her husband, Jack Brooksbank, have been residing at Harry and Meghan’s U.K. residence, Frogmore Cottage, since just before the birth of their son, August.

When Harry and Meghan married in 2018, the Queen gave them Frogmore Cottage as a wedding present.

During a joint family vacation, Prince Harry and William were seen skiing with Princess Eugenie and Beatrice.

Nigel Cawthorne, a royal author, believes the princess could act as a “neutral go between” and “with absolute discretion pass on messages that aren’t heard by courtiers at large” but the author of 2020’s Prince Andrew: Epstein and the Palace – about Eugenie’s father – admitted to the Daily Mail that the Sussexes’ return will be difficult.

“At this moment in time, it is hard to see how anyone could bring Harry and Meghan back into the fold,” he said.

Eugenie and her sister Beatrice, like Harry and Meghan, are not supported by the public. Despite this, the sisters often attend gatherings with the Queen while still maintaining thriving professions.

In the biography, Omid Scobie and Carolyn Durand stated, “Out of all the Queen’s grandchildren, Harry and Eugenie have one of the most natural connections.”

“Eugenie, like Harry, is loyal, honest, and a lot of fun.

“The two had many nights out together in London, sneaking into back entrances of clubs, such as Mahiki, where Jack once was manager, or Tonteria, where in one of the VIP cave areas they downed shots from Mexican skull shaped glasses and a giant frozen margarita (with multiple straws).”