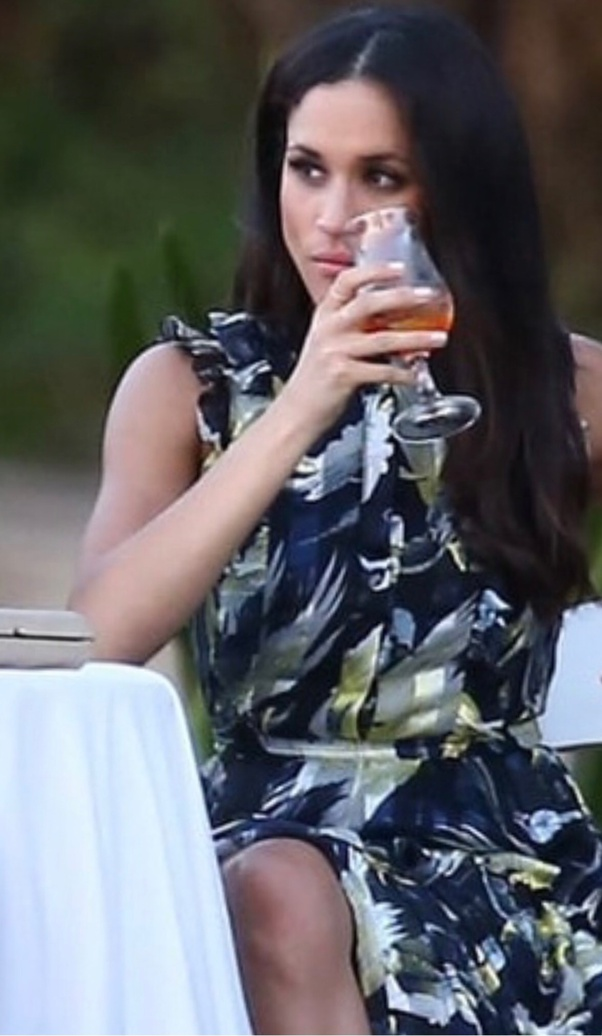 Meghan Markle barely knew Oprah Winfrey before adding her to the wedding guest list, he claims.

The TV talk show host attended the royal wedding of the Suits actress to Prince Harry in 2018, and the couple later gave Oprah a candid interview about leaving the Royal Family and relocating to the United States.

“Did manage to squeeze your old friend Oprah onto the invitation list,” Humphrys, 77, wrote in the Daily Mail, referring to Meghan. “I say ‘old friend’ but I believe you’d met her only once before the wedding. How fortunate you are to make friends so easily! ”

The Welsh broadcaster made the comment when berating Meghan for not inviting her own father to the wedding.

“What a shame he was unable to go to your wedding. Then again, I suppose not everyone can be there, weddings being so expensive and all that. Remind me how much it cost… £32 million, was it? Just as well the taxpayer was footing the bill, eh? ” he wrote.

Humphrys also accused the royal couple of hypocrisy for leaving their royal duties and then recording an interview with Oprah, which was broadcast to millions of people around the world.

“One of the reasons you gave for wanting to free yourselves of the Royal Family shackles was that you wanted your privacy to be respected. Yet you… agreed to do an interview with the most famous TV celebrity on the planet… broadcast to hundreds of millions of people around the world. Isn’t there just the teeniest contradiction here? ”

Meghan Markle and Prince Harry’s shocking interview with Oprah Winfrey earlier this month shocked the entire world. Meghan’s estranged father, Thomas Markle, is said to have traveled to Montecito, California, according to sources.

He drove to Oprah’s house, which is just a few miles from Meghan and Harry’s mansion, in an effort to connect with her and personally deliver a letter asking her to interview him.

The 76-year-old was photographed hand-delivering a letter to a security guard wearing a mask outside Winfrey’s Montecito estate, according to the Sun. “Thomas sent a letter to Oprah asking her to contact him so he could share his side of the story,” an insider said, clarifying that the note was not intended for the Royal couple and was instead “meant for Oprah” to bring out his side of the story.”

Thomas has also confirmed that he intends to discuss his relationship with Meghan with Oprah. “I was going to write Oprah a letter asking her to let me have an opportunity to speak,” he told The Sun in January 2020.

“Thomas watched the interview she did with them and feels he deserves a chance to have his say,” the source continued.

Meghan opened up to Oprah earlier this month in a candid interview about her father’s “betrayal” after he posed for paparazzi pictures ahead of her wedding day. Thomas lied to the duchess at the time, telling her he was “completely not” working with the press when, in fact, he was assisting the tabloids. “‘What I need is for you to tell me.’ And if you tell me the truth, we will help.’ And he wasn’t able to do that,” Meghan recalled, adding that she and Harry had attempted to shield him from the tabloid.

Thomas, on the other hand, appeared on ‘Good Morning America’ two days after Oprah’s interview and responded to his daughter’s claims against the British royal family and their racist comment about her child. The senior Markle dismissed the issue as a “dumb question,” adding that he did not believe the royal family was racist and that the whole thing was a bunch of nonsense.