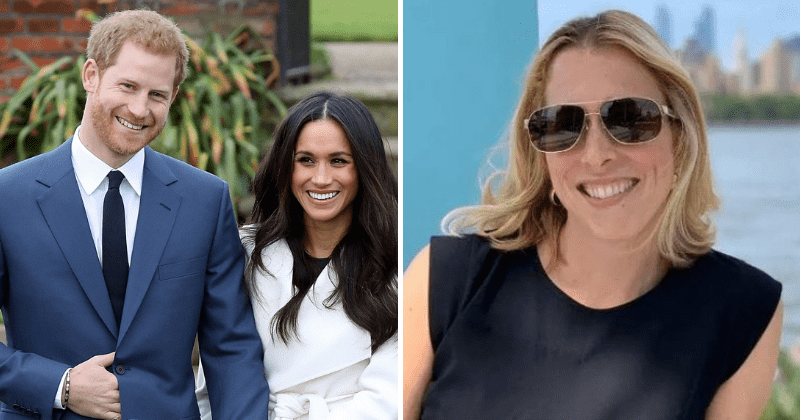 Many stories continue to focus on Meghan Markle and Prince Harry. The pair is now embroiled in further controversy after their explosive interview earlier this month.

The Chief of Staff and Executive Director of their non-profit company resigned after less than a year on the job.

The precise specifics are yet to be revealed. According to the Daily Express, an insider said that Catherine St-Laurent “wanted out.”

Catherine St-Laurent was rumored to be searching for a way out.

Unnamed sources told The Telegraph that it was “surprising,” given that St-Laurent is a “very bubbly” person. She was allegedly doing “multiple roles for the pair,” none of which were part of her job description.

According to the insiders, this development would “undoubtedly be a blow” to Meghan Markle and Prince Harry. They don’t have a “huge squad down” in Los Angeles.

Catherine St-Laurent was named to the position by the Duke and Duchess of Sussex in April 2020. She previously served as a director and top communications officer at Pivotal Ventures and the Bill & Melinda Gates Foundation, respectively.

Catherine St-Laurent has now “transitioned” to a senior advisory role with Sussex’s non-profit. She will “continue to provide high-level strategic advice to Archewell,” according to a spokesperson.

Meghan has been accused of bullying her staff.

Meghan faced a bullying complaint as a working royal, according to the Times newspaper.

The complaint was lodged when the duke and duchess were still residing at Kensington Palace.

Meghan allegedly drove two personal assistants out of the household, according to a leaked email obtained by the newspaper from a staff member. She also shattered the confidence of a third employee.

According to the report, “Staff would on occasion be reduced to tears; one aide, anticipating a confrontation with Meghan, told a colleague: ‘I can’t stop shaking.’

“Another former employee told the Times they had been personally ‘humiliated’ by her and claimed that two members of staff had been bullied.”

Staff at the Palace have been itching to share their side of the story for some time; some say they went out of their way to support Meghan after the wedding, only to be treated rudely or dismissed as uncaring or worse.