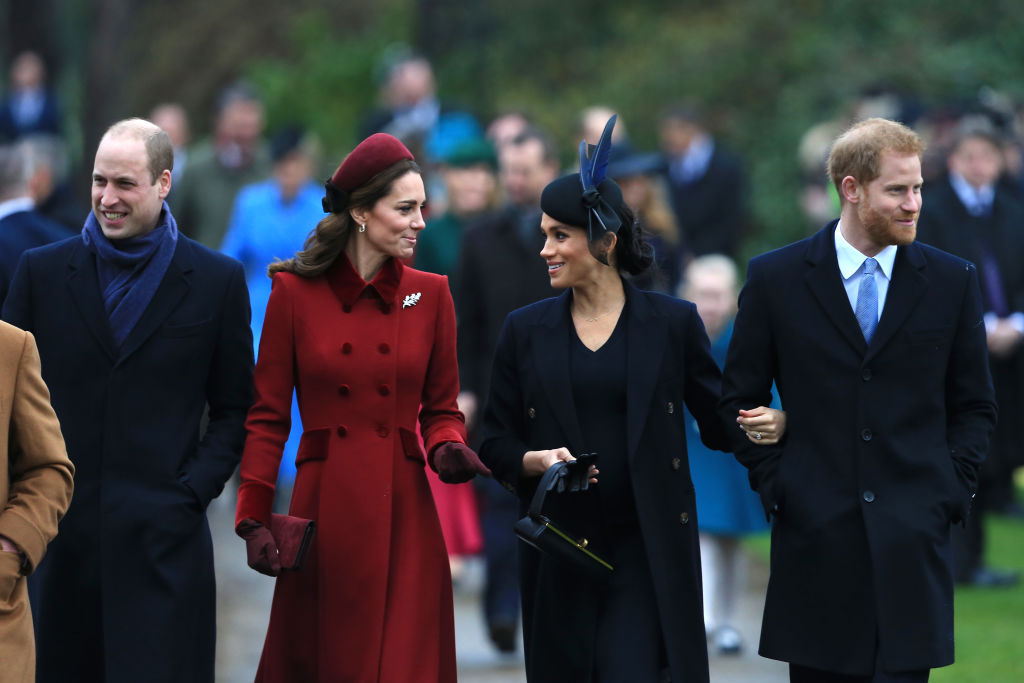 Meghan Markle and Kate Middleton have had some “awkward moments” as spouses of British royals.

Despite the fact that they are both members of the royal family, Meghan Markle and Kate Middleton have always followed different paths.

The Sunday Times claimed that Middleton, who is married to Prince William, Prince Harry’s elder brother, didn’t immediately lay a red carpet for her new sister-in-law.

The friction between Prince Harry and Prince William, as well as their spouses’ relationship, is the subject of a new extract from the forthcoming book Finding Freedom: Harry and Meghan and the Making of a Modern Royal Family, which appeared in the Sunday Times.

“Though it was not necessarily her responsibility, Kate did little to bridge the divide,” authors Omid Scobie and Carolyn Durand write. They go on to say that, despite being pitted against one another by the press, the ladies “were not at war with each other.” The writers admit that there were some “awkward moments.”

Middleton, 38, and the former American actress, 38, didn’t have much in common, according to the book, “other than the fact that they lived at Kensington Palace.”

Friends of the Duke and Duchess of Cambridge talked to the Mail on Sunday, claiming that the pair had “done all they possibly could” to welcome Markle into the royal family, according to Katie Nicholl, a royal reporter for Vanity Fair. During a visit to their home at Anmer Hall, they claimed Middleton prepared vegan meals for the former “Suits” actor.

Despite this, Scobie and Durand stated that the ladies “struggled to move past distant politeness.”

According to Vanity Fair, Middleton sent flowers to Markle as a peace offering at one time. Meghan, on the other hand, “told Kate in no uncertain terms that flowers were not enough.”

Tensions between Kate Middleton and Meghan Markle surfaced early in their relationship.

According to Emily Andrews of the Daily Star, a royal expert, the two had hoped for a close connection, but there were early problems.

She made the remarks at an upcoming program honoring Meghan’s 40th birthday.

“Here were two women, both outsiders, marrying into the Royal Family, living on the same complex at Kensington Palace – of course they’d be besties,” she said on Channel 5’s Meghan at 40.

“And actually, that’s what Meghan felt. She confided in a number of her friends that she hoped Kate would help her adjust to royal life, but the cracks started to show pretty early on.

“Behind the scenes, Meghan was feeling a bit rebuffed. I’m not sure whether Kate ever realised.

“William had said to Harry before they got engaged: ‘No need to rush this. You’ve got all the time in the world. You don’t know her that well,’ and I think that set the seeds.”

The duchesses first met in early 2017 at Kensington Palace, but there were rumors of a feud the following year.

“Meghan and Kate initially got on very well but they are very, very different,” author Tom Quinn remarked.

“Kate wants to do things quietly, she wants to obey the rules, she takes advice – Meghan is a much more strident character who wanted to do things her way, so this caused a rift.”

After a trip to the South Pacific in October 2018, Harry and Meghan chose to separate their royal households, and the Sussexes left Kensington Palace. After quitting the joint Royal Foundation they’d been a member of with William and Kate, they also established their own charity.

Reports suggested that Kate was moved to tears over a feud over flower girl outfits.

The Duchess of Sussex, on the other hand, said in a shocking interview with Oprah Winfrey that a remark Kate made in the run-up to her wedding had brought her to “tears”

“The issue was correct about flower-girl dresses, and it made me cry and it really hurt my feelings, and I thought in the context of everything else that was going on in those days leading to the wedding that it didn’t make sense to not be just doing what everyone else was doing, which was try to be supportive, knowing what was going on with my dad and whatnot,” Meghan said in the Oprah interview.

“I don’t think it’s fair to [Kate] to get into the details of that because she apologised and I’ve forgiven her,” she said.

The contentious interview has sparked a significant schism between Prince William and Prince Harry that shows no signs of healing.

“Everyone in the institution knew it wasn’t true. I am not sharing that piece about Kate to be in any way disparaging about her. I would hope that she would want that to be corrected,” she claimed in the same interview.

The reportedly strained relationship between the Cambridges and the Sussexes does not seem to be improving anytime soon.