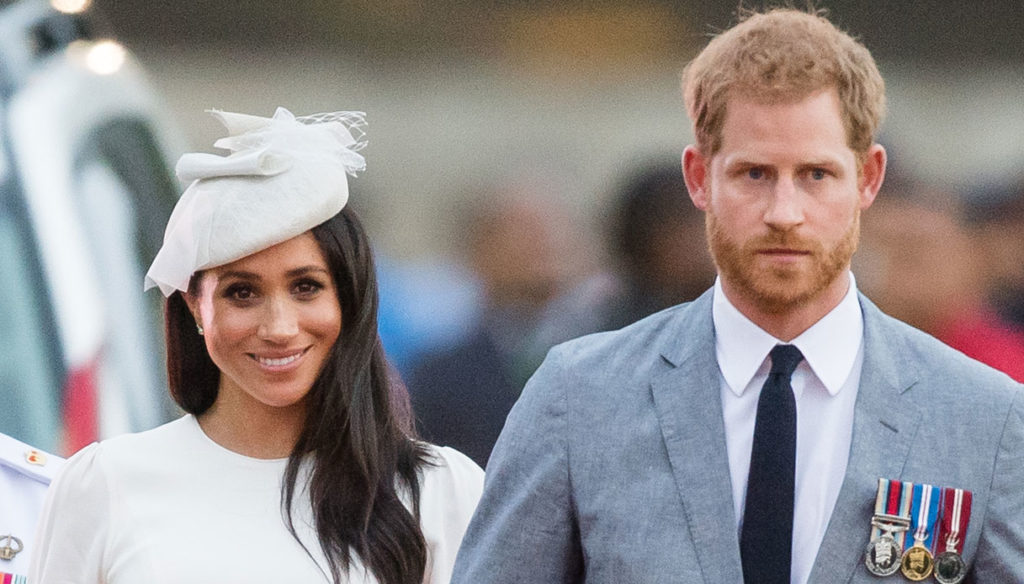 Prince Harry joined BetterUp, a behavioral wellbeing and coaching company located in San Francisco, earlier this week. The Duke of Sussex has been named the company’s first Chief Impact Officer, a role in which he would be responsible for product strategy, public advocacy, and charitable donations.

Prince Harry is also the seventh of the Queen’s grandchildren with a title to operate in the private sector.

Princess Eugenie, who became a mother last month, is a director at the Hauser & Wirth art gallery.

Princess Beatrice, her older sister, is vice president of partnerships and planning at Afiniti, a global data and tech firm.

However, according to one royal commentator, Prince Harry is the only one of the royal cousins who has his title shown on his official profile on the company’s website.

Patricia Treble, a royal analyst from Canada, posted on Twitter: “Three of the Queen’s grandchildren work in the private sector while also having Prince/Princess titles.

“How Beatrice and Eugenie are named on their company websites is noticeably different to how BetterUp introduces Harry.”

Screen shots from the websites of the businesses that hire Harry, Eugenie, and Beatrice were also included in the tweet.

Many royal commentators applauded Eugenie and Beatrice for not using their titles in non-royal ways.

One person wrote: “It’s intriguing. If Harry continues to operate in the private sector, he could, in my mind, be called Harry Wales, for example… titles reveal a lot about the motives of the organization that is exploiting him and himself to gain relevance.”

Another, in answer to the royal specialist, accused Harry of profiting from his title.

They explained: “Thank you for this Patricia: it just highlights how wrong it is that Harry is cashing in on his title.

They also featured on virtual engagements, interviews, and gatherings such as the Fortune’s Most Powerful Women Summit as Meghan, The Duchess of Sussex, and Harry, The Duke of Sussex, during the past year.

Many royal watchers slammed the Sussexes’ decision, accusing them of profiting from their royal relations.

Marlene Koenig, a royal commentator, urged the couple in November to adopt the example of other royals who have served in the private sector to avoid utilizing their titles while performing work unrelated to the Family.

This, she concluded, will protect them from accusations that Meghan and Harry are profiting from their royal connections.

According to experts, Prince Harry got a job in the United States after being granted a special visa for people of ‘extraordinary potential.’

Experts suggested yesterday that Prince Harry might be operating in the United States on a visa reserved for citizens with ‘extraordinary ability.’

The O-1 visa, which extends up to three years, has been utilized by Canadian singer Justin Bieber and Australian actor Hugh Jackman.

The Duke of Sussex, 36, now has two jobs in the United States, as well as TV and radio ventures, leaving everyone to wonder how he got a visa.

Since moving to California with his American wife Meghan, 39, last year, Harry was not immediately eligible to pursue jobs as a British national.

He may have qualified for a green card, although it would have resulted in major income tax consequences and could take up to 21 months to process.

The O-1 visa is for “an individual who possesses extraordinary ability in the sciences, arts, education, business or athletics or who has a demonstrated record of extraordinary achievement in the motion picture or television industry and has been recognised nationally or internationally,” according to the website.

PRINCE HARRY IS ‘TRYING TO KEEP UP’ WITH MEGHAN MARKLE, CELEBRITY AGENT SAYS.

Following his latest corporate work, Prince Harry is reportedly “trying to keep up” with Meghan Markle, according to a celebrity agent.

The Duke of Sussex has been appointed chief impact officer of BetterUp, a £1.25 billion mental wellbeing care group.

It comes after he was appointed commissioner on knowledge disorder at the Aspen Center, a think tank in the United States.

“So for Harry to keep up with his wife, he has to find his own name and identity, and this is the start,” Jonathan Shalit told The Telegraph.

“He doesn’t need celebrity. When you’re Royal, you’re the biggest celebrity in the world. But what this does is allow Harry to have relevance.”