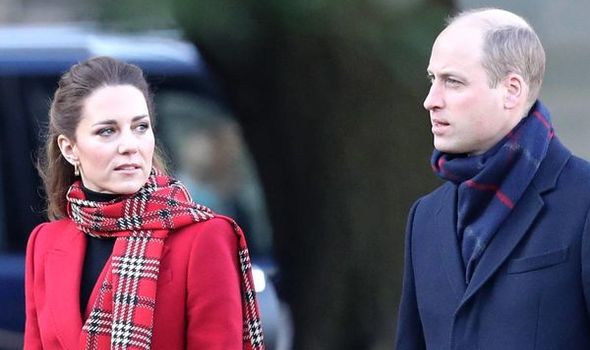 It’s not just tiaras and thrones when you’re a princess. In fact, whether Kate Middleton has any regrets about marrying Prince William has been challenged. While much of the public’s attention and excitement has been focused on Meghan Markle and Prince Harry in the last year or so, with Markle on maternity leave, the spotlight has turned to the future King and Queen Consort. For the first time since their 2011 wedding, Prince William and Kate Middleton were caught up in a controversy alleging that the prince had cheated on his wife with her close friend Rose Hanbury.

Despite the fact that the allegations concerning Prince William and the Marchioness of Cholmondeley were unfounded, the debacle forever altered Prince William and Kate Middleton’s friendship. Kate’s fans are now wondering if she has any regrets over marrying Will. After all, they’ve been romantically involved for nearly 20 years at this stage. Kate has been pursued by paparazzi since the tabloids first learned about Will and Kate’s engagement in 2001, when they were both college students. She gave up her anonymity and dignity forever by being with the Duke of Cambridge.

Will and Kate’s relationship had its ups and downs even after they started dating in college. They had two breakups during their relationship, and they didn’t get engaged until 2010, almost a decade after they first met. The public and Middleton’s family were both impatient that William had taken too long to propose. The Duchess was nicknamed “Waity Katy” by the press, and many wondered whether the romance would ever lead to marriage.

Kate Middleton will never have a quiet life again, even though the British Royals and the British press have an understanding on publishing news based on hearsay and invading the royals’ privacy. Does the Duchess of Cambridge have any regrets over marrying Prince William?

We all yearn for what we don’t have, and we’re sure Kate wishes she could take a break from the spotlight and raise her children in a more “natural” setting. She seems to be a natural in front of the camera, doing it with elegance and poise that we have yet to learn.

During an interview with Oprah Winfrey on March 7, 2021, Meghan, Duchess of Sussex mentioned her sister-in-law, Catherine, Duchess of Cambridge. Meghan talked with Oprah about how the press handles royals in a bonus clip from the two-hour TV show, Oprah With Meghan and Harry: A CBS Primetime Special, bringing up Catherine’s nickname “Waity Katie” at one point.

Meghan Markle compared how the press treated her to how other royals were treated.

The Duchess of Sussex discussed her experiences with the press versus other British royals with Oprah. She cited the early days of her and Harry’s courtship as an example of the overwhelming amount of criticism and curiosity in her.

Meghan explained that the world was more interested in her because of social media and the fact that she was not British. Her relationship with the press, she said, was “like the wild, wild West.”

In July 2016, Meghan and Harry went on their first date. The Duke of Sussex released a statement in November of that year about the “outright sexism and racism” aimed at Meghan.

He begged the press to stop the “violence and harassment” of his then-girlfriend, according to the royal family’s official website. The couple has filed several cases against the press in the years since.

In a new clip from her Oprah interview, Meghan Markle said that being named “Waity Katie” was nothing compared to racism.

The Duchess of Sussex said she understands how difficult remarks about Kate’s ‘waiting to marry William’ would have been for her, but what they’ve had to deal with is ‘not the same.’

The Duchess of Sussex described her experience as “different” from what other members of the royal family might have gone through in a clip released by CBS.

“Different because of race?” Oprah asked. “As well as social media,” Meghan said.

She stated how the ‘noise level’ has changed as a result of social media and the fact that she is not British.

Meghan articulated herself as follows: “Unfortunately if members of his family say well this is what’s happened to all of us, if they can compare what the experience what I went through was similar to what has been shared with us.

“Kate was called ‘waity Katie’ – waiting to marry William – while I imagine that was really hard, and I do, I can’t picture what that felt like, this is not the same, and if a member of his family will say ‘we’ve all had to deal with things that are rude’ – rude and racist are not the same.