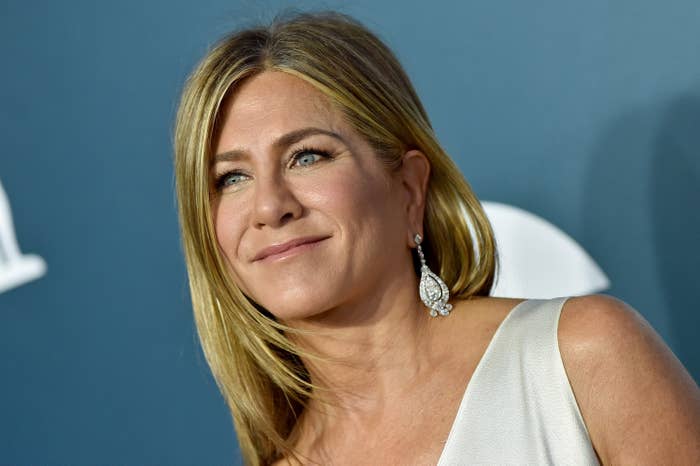 Jennifer Aniston stated in a recent interview that she was forced to cut out members from her network who ‘refused’ to acquire the COVID-19 vaccination.

Jen talked out about her experience during the epidemic in an interview with InStyle, admitting that she “lost a few people” from her friendship group owing to their anti-vaccination position.

“There’s still a large group of people who are anti-vaxxers or just don’t listen to the facts. It’s a real shame,” she remarked.

“I’ve just lost a few people in my weekly routine who have refused or did not disclose [whether or not they had been vaccinated], and it was unfortunate,” the 52-year-old actress told InStyle. “I feel it’s your moral and professional obligation to inform, since we’re not all podded up and being tested every single day.”

“It’s tricky because everyone is entitled to their own opinion — but a lot of opinions don’t feel based in anything except fear or propaganda.”

According to data from the Centers for Disease Control and Prevention, slightly over 60% of people in the United States are completely vaccinated as of now. While that is a substantial portion of the population, many individuals are still unvaccinated, which means that many people are navigating social and professional circumstances similar to those described by Aniston. With so many individuals remaining susceptible to the virus (including unvaccinated children and immunocompromised adults), it’s natural to want to create boundaries with those you come into touch with.

Aniston, who is a news anchor on AppleTV+’s The Morning Show, revealed that she spent much of the pandemic keeping up with the news but had to take a break at one point.

‘I’ve really had to stop [keeping it on too much],’ she said of watching CNN. ‘We all went through news fatigue, panic fatigue, during the pandemic because we were hoping one day we would wake up and hear something hopeful, and all we got was more insanity.’

Jen also spoke up about her experiences during California’s numerous statewide lockdowns over the previous year, telling the magazine that “there was so much good and so much horror all happening at once” at that time.

Throughout the conversation, the actress also discussed how she re-set her life during the outbreak.

“My level of anxiety has gone down by eliminating the unnecessary sort of fat in life that I had thought was necessary. Also realizing that you can’t please everybody,” she said.

Before vaccinations were readily accessible in the United States in June 2020, the “Morning Show” host advised people to wear masks.

According to a DailyMail.com study of statistics from the Centers for Disease Control and Prevention (CDC), unvaccinated Americans are more likely to be younger, male, black, and live in a rural location.

Of course, whether or not to be vaccinated is ultimately a personal choice. However, it is a decision that may have a big impact on the health of others around you and will most likely have rising social and practical ramifications. For example, New York City recently proposed a new rule requiring people to provide evidence of vaccination before participating in some indoor activities, such as visiting to restaurants, gyms, and entertainment venues. This is in addition to the requirement that health-care personnel and city employees be vaccinated or submit to weekly COVID-19 testing.

Aniston recorded the second season of “The Morning Show” during the pandemic, and while production was temporarily halted following a positive test in December, Aniston claimed the show’s “incredible epidemiology team” kept things running smoothly.

Aniston had her second dose of the vaccine in May and turned to Instagram to inform her followers and encourage them to help get jabs in arms all over the world.

‘Fully vaccinated and it feels soooo good,’ she penned a the time. ‘We are extremely lucky and privileged to have access to Covid-19 vaccines in the U.S. right now.’

‘Unfortunately, that’s not the case everywhere… and as we know, the health of one of us affects all of us,’ she continued. ‘Thinking about those who do not or will not have the opportunity to get vaccinated and hug their friends and family.’