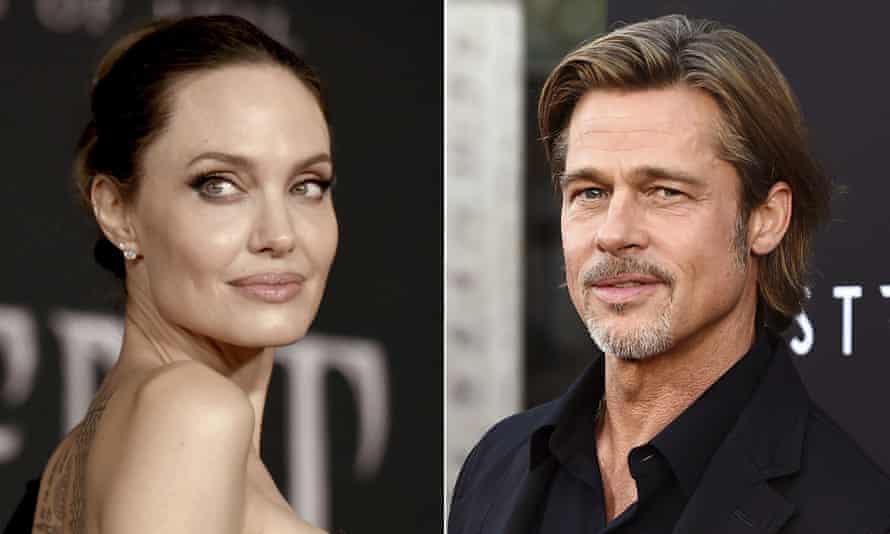 Angelina Jolie criticized a judge deciding on custody arrangements for her and Brad Pitt’s children during their divorce. Photograph: AP Photos: GETTY

Brad Pitt intends to challenge the decision to remove Judge John W. Ouderkirk from his and Angelina Jolie’s divorce and custody case.

Angelina Jolie’s plea to remove Judge John Ouderkirk from Brangelina’s divorce case has been approved, according to US Weekly.

According to an exclusive source, the California Court of Appeal determined that the judge should be removed. “The case has been sent back to the Los Angeles Superior Court. Judge Ouderkirk is no longer involved and Angelina is grateful to seek a fair decision regarding custody for the children ,” the source added.

The “Maleficent” actor won a major victory Friday when the California Court of Appeal dismissed Ouderkirk, who had given Pitt shared custody of their five minor children in a preliminary ruling in May. According to Page Six, the court decided that Ouderkirk failed to disclose his business connections with Pitt’s attorneys properly.

According to court documents filed on July 23, the court has now ordered that the superior court “make a new order disqualifying Judge Ouderkirk” by vacating its November 2020 judgment that refused “Jolie’s statement of disqualification.”

Because of the shift in judges, the Maleficent star’s existing custody arrangement with Pitt, 57, may be thrown out, and the processes could begin all over again.

Pitt, on the other hand, is unfazed by the judge’s dismissal. Following Ouderkirk’s disqualification, a spokesman for the actor told Page Six, “The appeals court ruling was based on a technical procedural issue.”

“The facts haven’t changed. There is an extraordinary amount of factual evidence which led the judge — and the many experts who testified — to reach their clear conclusion about what is best in the children’s best interests,” the rep continued. “We will continue to do what’s necessary legally based on the detailed findings of what’s best for the children.”

Jolie originally requested that Judge Ouderkirk be removed from her divorce case in August 2020, claiming that he failed to reveal “ongoing business and professional relationships” with Brad’s legal team. While the 57-year-old actor stated that the ex-couple has a “well-documented history” with Judge Ouderkirk, given that he conducted Brangelina’s wedding in 2014, Judge Ouderkirk reacted to the claims by stating that Angelina has “clearly failed” to show any kind of prejudice in the divorce case.

The appeal court judges stated in their 44-page ruling issued on Friday that judge Ouderkirk violated his ethical responsibility by failing to properly disclose the continuing cases he was still handling as a private judge that included Pitt’s counsel.

According to the judgment obtained by Page Six, “The person on the street might reasonably entertain a doubt as to Judge Ouderkirk’s ability, consciously or subconsciously, to remain impartial in the upcoming, hotly contested custody dispute.”

“None of Pitt’s arguments that a reasonable person would not have cause to doubt Judge Ouderkirk’s impartiality withstands scrutiny,” they said.

Earlier this year, the Eternals star filed new paperwork saying that Judge Ouderkirk had refused to hear evidence, including statements from three of Brangelina’s children, that she thought was relevant to the case. According to papers acquired by the magazine, “Judge Ouderkirk denied Ms. Jolie a fair trial, improperly excluding her evidence relevant to the children’s health, safety, and welfare, evidence critical to making her case.”

They said that because a temporary judge is not like a private arbitrator, he was required to make those mandated disclosures “promptly.” The justices went on to say that while the Ouderkirk was attempting to blame Alternative Resolution Centers, a private organization that assigns cases to private judges, “it was he who was appointed a temporary judge and assumed the ethical obligations associated with that role.”

The court concluded that there was “ethical breach” because of Ouderkirk’s “recent professional relationships with Pitt’s counsel,” and “disqualification is required.”

They went on to say, “No more than an attorney can excuse his or her misconduct by blaming an assistant, Judge Ouderkirk must accept responsibility for the ethical violation that occurred here.”

Jennifer Aniston says she cut ‘a few people’ out of her life After They ‘Refused’ to get vaccinated
Jeopardy! names Mayim Bialik and producer Mike Richards as co-hosts